How to Jump a Kite while Snowkiting or Kiteboarding - Best "How To" Videos with Easy to See Tips, Techniques, and Instructions.

Over a few years of snow kiting, I have searched high and low for videos the explain exactly how to safely launch and land a kite during kite jumps on snow or water.

For the basics of learning how to safely handle a kite and an introduction to the concepts of kiteboarding, no one is a better teacher than the folks at Progression Sports who have been making instructional kite videos for over ten years.

While the step-by-step instructions from the progression DVD are valuable, I find that something very much like muscle memory can be achieved by watching certain videos in a very conscious way and allowing yourself to 'feel' the moves.

The best video producer found to date that has captured the essence of this concept in kite jumping is Monsieur Alexis LeBlanc.

Alexis has been referred to as the "Canadian Ambassador of Kiteboarding," and one of the most enthusiastic promoters of kite culture, by US snow-kiters Jeff Bartkowski and Jim Pavoldi of Team Whiskey Tango. 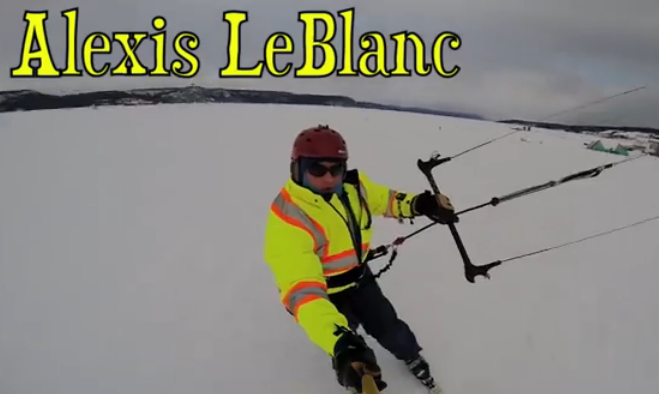 As a snow-kiting videographer, Alexis transitions from 1st person POV, to handheld, to the placement of a tripod (like a javelin, often without slowing down!) in the spot where he intends to jump. As an editor he's diligent in removing some of the tack and jibe drudgery and blending in a perfect series of unique jumps for a finished product that truly allows you to 'feel' the moves over and over with a view of the kite to demonstrate the flight path he's taking to make the jump possible.

For true kite addicts, I fully promote following Alexis on his YouTube channel as he uploads new content almost daily.

A lot of people ask how many meters of kite you need for wind of a certain speed to allow a kiter of a certain weight to jump... The video below shows Patrick Blanc tearing it up in high wind and getting massive kite jumps with 4 meter and 6 meter Ozone.  Watch the air Patrick gets with his 4 meter  knowing that it's become a popular size for 'trainer' kites!


Tramontana fuerte I from xevi carrasco on Vimeo.


Jumping your kite can be done safely, but there's no shortage of horror stories of kites getting lofted... Two of the most famous videos of kite-boarders and snow-kiters getting accidentally lofted won't necessarily teach you anything but will burn a few images into your brain that may make the the entire process a bit more exciting as it's like swimming after watching "Jaws"! 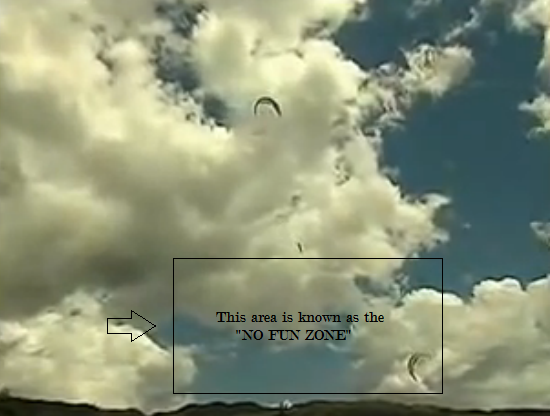 The image above is a screenshot highlighting the "NO FUN ZONE" below the feet of a lofted kite-boarder grabbed from the video below:


The other famous video that shows a snow-kiter being lofted comes from Algeria,  where a simultaneously unlucky / very lucky kiter is caught an updraft:


There are of course the extremes in every sport and kiting is no different. I was hesitant to include the clip below as this really isn't kiting anymore, as much as it is "kite soaring" and truly "flying with severe disadvantages" such as without the right tool like paraglider... but it's still impressive:


I all the time emailed this weblog post page to all my friends, since if like to read it next my links will too. yahoo sign in