The Wingsuit Flying phenomena began about a decade ago as some of the most dramatic BASE jumping footage available, but has quickly integrated into pop culture in mainstream media and news, as well as Hollywood.

Who invented the wingsuit?
Though the cavemen surely dreamt of it, it was technically, Leonardo Da Vinci, who may have first put some intelligent engineering thought into the actual application: 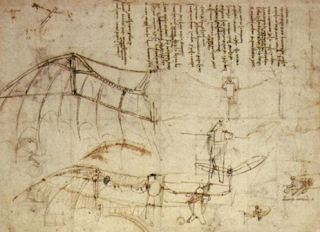 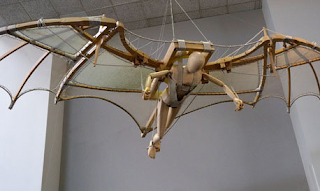 The more modern experiment, whether known as the "wingsuit", "birdman suit", or "bat suit" variations now commercially available, are quite a bit more normalized than the first prototypes dreamed up and deployed by American teenager Rex G. Finney in 1930's Los Angeles.

The Wingsuit in Pop Culture and Hollywood: 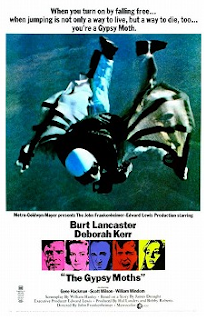 "The Gypsy Moths" 1969
If you saw it, you're probably the only kid on the block... Staring Burt Lancaster and the tagline - "When you turn on by falling free.... when jumping is not only a way to live but a way to die, too... you're a Gypsy Moth."

More recently, Michael Bay has deployed a "Wingsuit Platoon" in transformers to capture the adrenaline most surely coarsing through JT Holmes veins in his 60 Minutes "Taking Flight with the Birdmen" episode in Norway.


The Wingsuit in Advertising:

As money flows into a new sport, so does some pretty admitedly awesome footage:


The Wingsuit and the Next Generation:

There are the founders of every extreme endeavor, but the torch must be passed without jealousy to the perfect specimens that will take it to the next level. Old climbers are confounded by the unreal abilities of kids taking up the sport and wingsuit flying will follow the same path. The chasm that needs to be crossed for  the mainstreaming of something as non-mainstream as wingsuit flying will the awareness of such a concept from an early age.

For bringing the concept of wingsuit flying to tomorrow's experts we're betting on "How to Train Your Dragon" as the best vehicle for seeding the reality of wingsuit flight tomorrow in their dreams tonight.

Sky-Ex Suits our priority is to make all orders supreme in craftsmanship. Though we are not always 100% our intention remains to the apex.site web